A Brief Evolution of Skylights 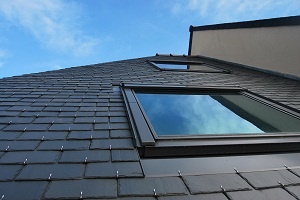 Daylighting is not a new idea by any means. Ancient Romans had openings at the top of domes, which allowed for light to brighten the space and also permitted some degree of airflow. The Pantheon’s oculus is perhaps the most classic and notable example, but it was a surprisingly common practice. Other parts of Europe adopted similar architectural features, but larger openings were not typically considered practical. Weather conditions simply didn’t accommodate them.

What were known as “roof lanterns” were popular in Rome until the 14th century. These lantern-shaped structures provided similar benefits to modern skylights. They helped provide some degree of insulation against the elements, while simultaneously offering illumination for the interior. Although the advantages of having light and air were certainly appreciated, there were still the issues of drafts and moisture to consider.

The Romans were the first people to incorporate glass into architecture. Glass quickly developed into a main source of trade for the Roman Empire, and around 1000 AD, glazing became possible. Unfortunately, it was prohibitively expense for most people, and it was not frequently used in construction. However, it was used in some cases when finances allowed it. This transformed skylights into something similar to what we know today.

Venice became the European capital for glass production in the 13th century. Glass was difficult to make, and it was generally limited to panels under three feet in size. Angelo Barovier created clear glass in the late 15th century. Due to the high cost of glass production, it was still limited to the lanterns of cathedrals and castle windows.

In the latter half of the 17th century, George Ravenscroft created lead-based glass. The manufacturing of glass had also become much cheaper, and glass production was far more common. The lead-based glass was easier to work with and manipulate when hot. Renaissance and Baroque architecture included masonry windows, which prominently featured glass all around. The surrounding glass was used for ornate decoration focused on incorporating light and it became part of the design, not unlike the way contemporary architects use natural light as an integral part of their design plans. 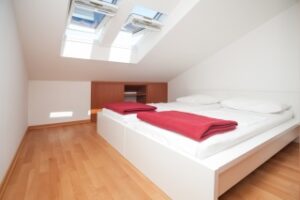 After the Industrial Revolution, it became possible to construct glass with machinery, and larger glass panels became not only possible but far more affordable. Functional skylights were now used to illuminate stairways, and the float-glass production method was introduced as the new standard. Even today, roughly 90 percent of all glass is produced using the float-glass method.

Modern skylights incorporate a number of different materials into their construction. Wood and aluminum are used in framing. Today’s skylights are watertight, better insulated, and provide energy savings, along with the obvious perks of natural illumination and aesthetic appeal. When you’re looking at different styles of roofing in Lilburn, don’t forget about the many benefits and developments of skylights.